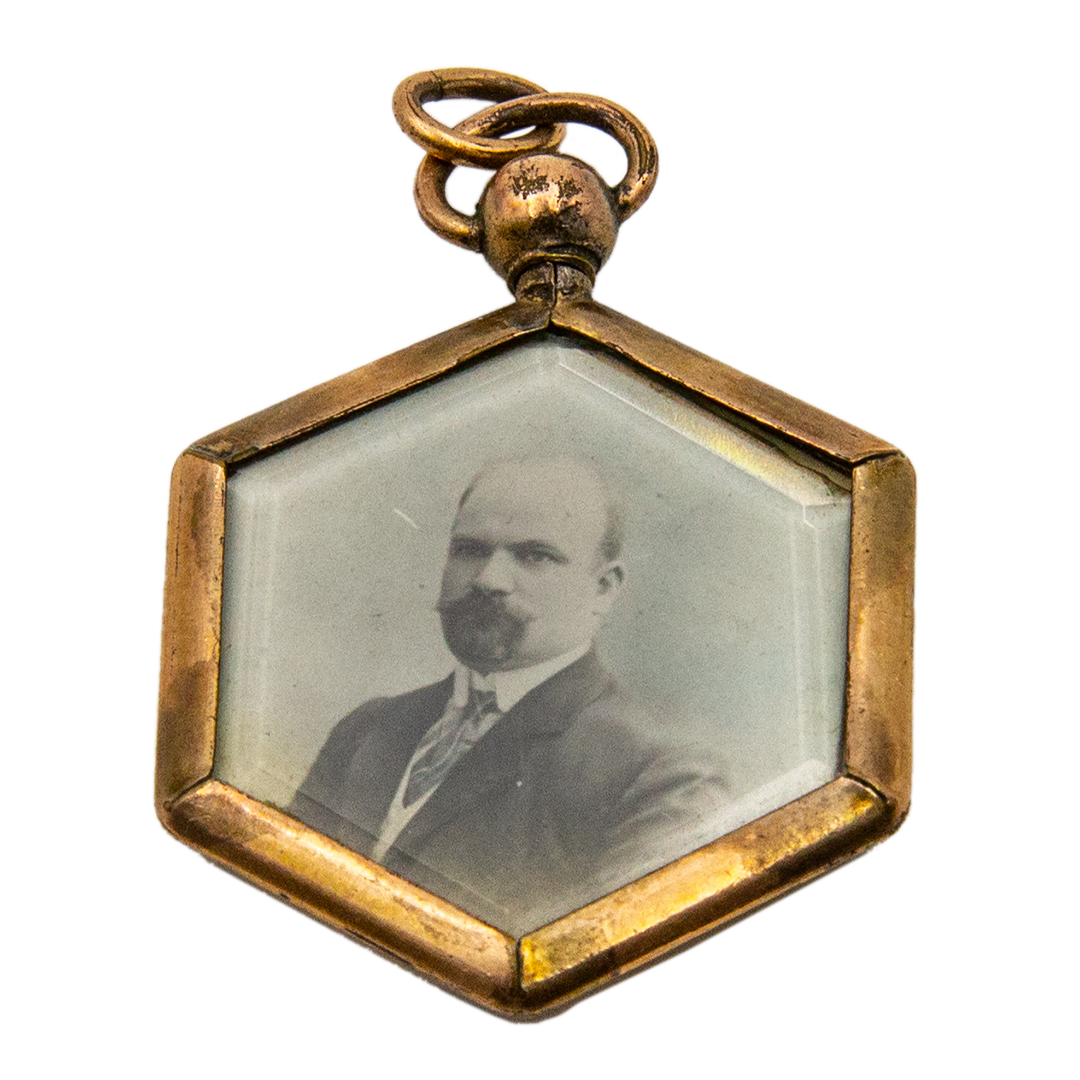 This pendant belonged to Anastasia Dadioti. The photograph is of her husband, Dimitrios, who passed away due to the hardships he suffered at the labor camps (mele taburu) during the first wave of cleansing of Greeks from Kydonies (present day Ayvalik) and other parts of Asia Minor in 1915.