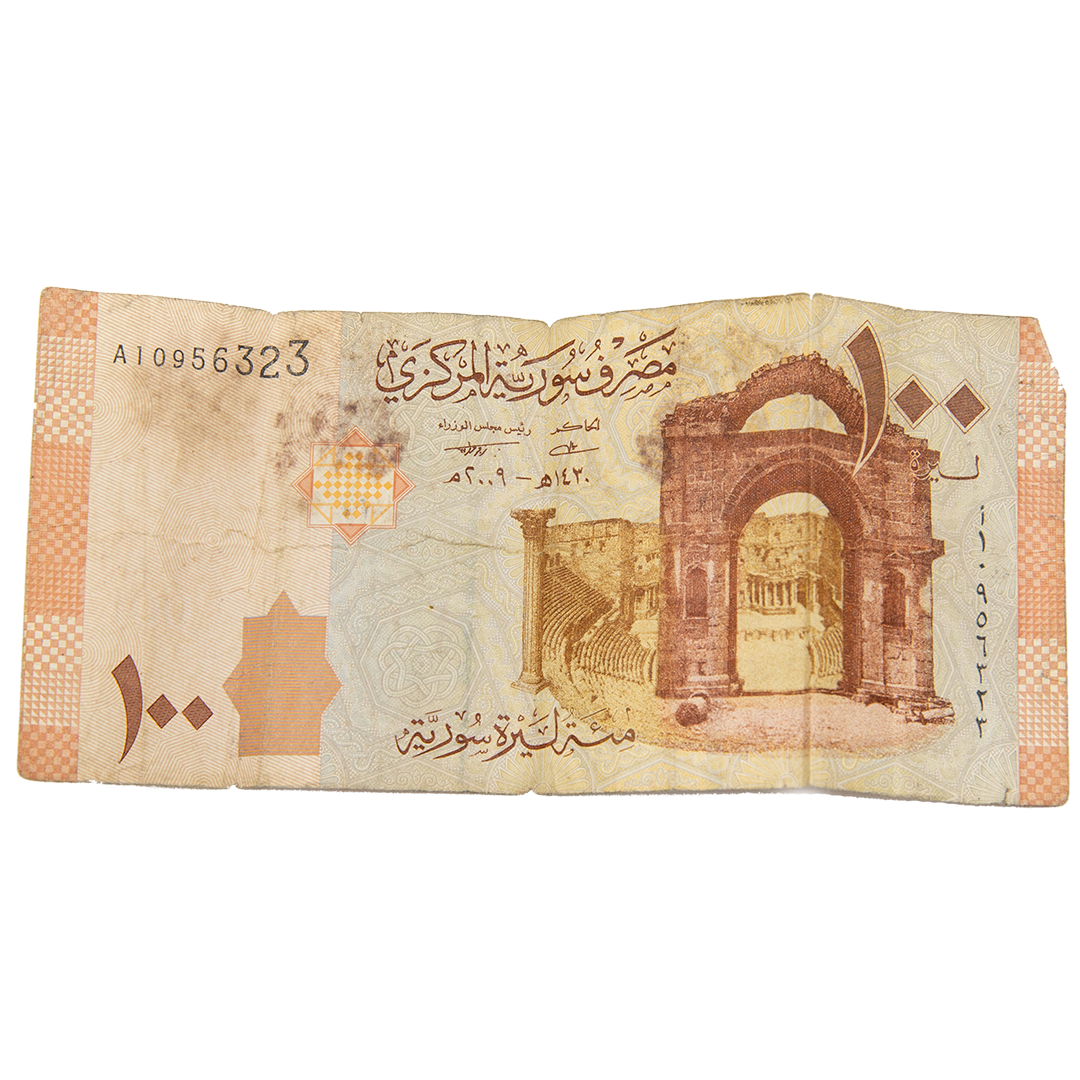 The last 100-pound Syrian banknote of Khalil, a Syrian Kurdish from Afrin, refugee in Greece since 2016. Its value was about 1 euro when he left. It is now worth around 0.15 euros. He keeps it mainly as a memorabilia, but also because he wants to continue to believe that at some point he will return to Syria.

The story of Khalil:
From Turkey he passed to Kastelorizo and from there to Athens, Thessaloniki and Eidomeni. He arrived at Eidomeni when riots broke out due to border closure. Although he managed to cross the border with the former YugoslavRepublic of Macedonia twice, he was arrested twice and returned back to Greece. He was then taken to one of the camps in Thessaloniki and from there he went to Athens to apply for relocation. The decision announced to him was that he could be relocated to Bulgaria. He did not take this opportunity because he had already begun to develop relations in Greece. At the same time, Bulgaria did not offer better conditions or prospects. So, he applied for asylum in Greece. In the beginning, he stayed with another 400 people in an occupied area, a former school, at Acharnon Street. The conditions were very bad as most of them slept on the floor and shared 3 toilets. He then lived in a private room with four others. In Greece he found a job at the local branch of an international non-governmental organisation. Waiting for the answer about the visa, he decided to leave with a forged passport for Germany paying 3,000 euros. He left Chania for Pisa, Milan, Turin, Switzerland and then Germany. There they found that the passport was counterfeit. So, in order not to be arrested, he made an asylum application in the German region of Baden Bundenberg. He received a residence permit for a year. As he had applied for asylum in Greece, he could not obtain asylum in Germany and have the benefits of education and healthcare insurance. He could not stand the way of life in Germany, nor the fact that he was forced to live and socialise exclusively with Syrians. The treatment by most Germans was cold and distant. So he decided to return to Greece, where he lives and works today.