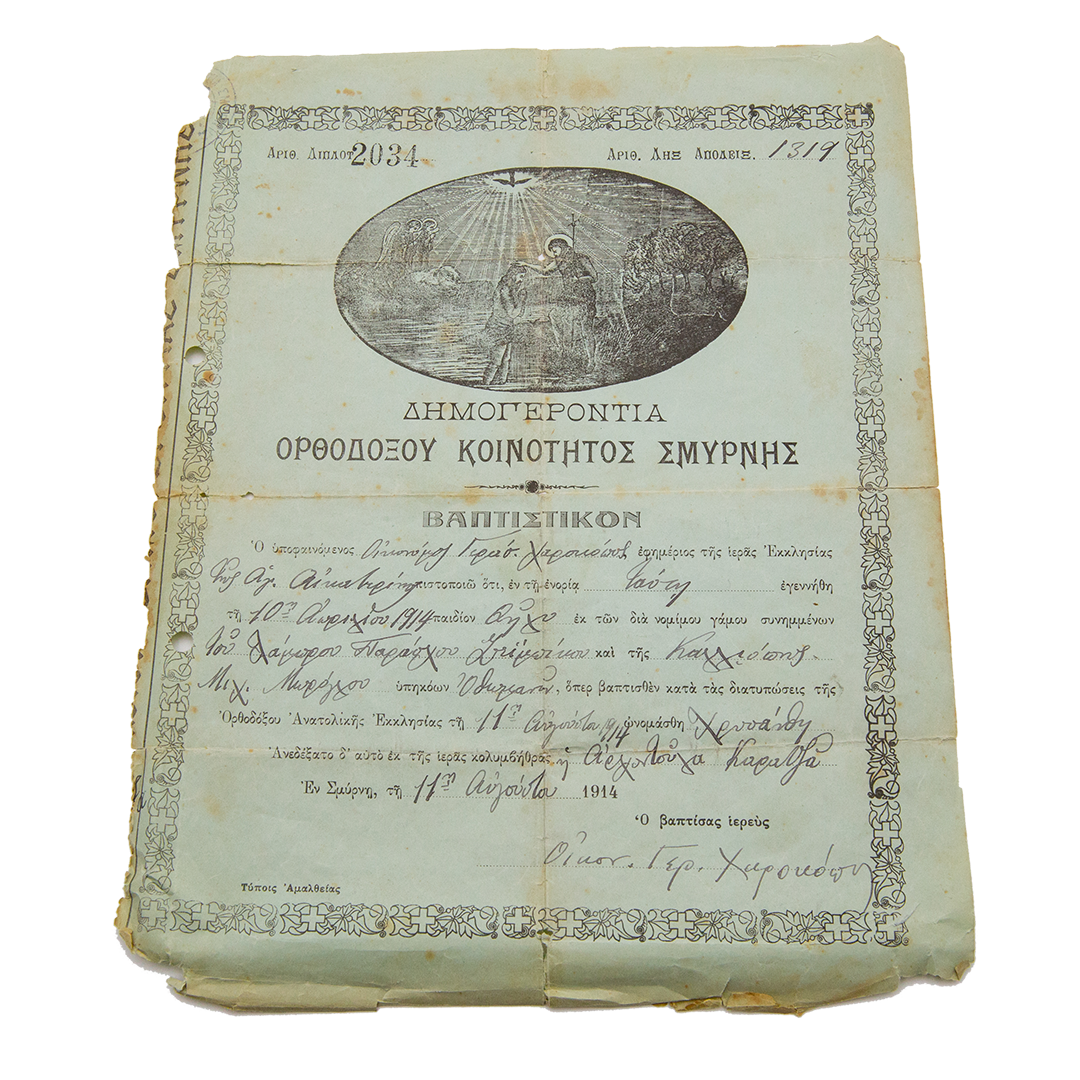 Mrs. Chrysoula Zeibekou arrived as a refugee with her mother and her brother from Izmir to Chios, at the age of 8. Her father was murdered in front of the entire family in Izmir. Her uncle, who was already in Chios, stated from the onset that could not host them. From Chios, they went to Naxos where they lived for several years. The sole belongings of the family when they got off the boat were the christening documents of the children and a religious icon. According to her narrations, Mrs. Chrysoula arrived in Chios with only one shoe that she requested to have polished by the local shoe shiner the moment she reached the port. Some years later they left Naxos and started a new life in Athens. First, in Kifisia, where she studied in the housewifery school, and then in Imitos, one of the numerous refugee neighborhoods of Athens. The daughter of Mrs. Chrysoula, Pitsa, is still living in the same house (2018).