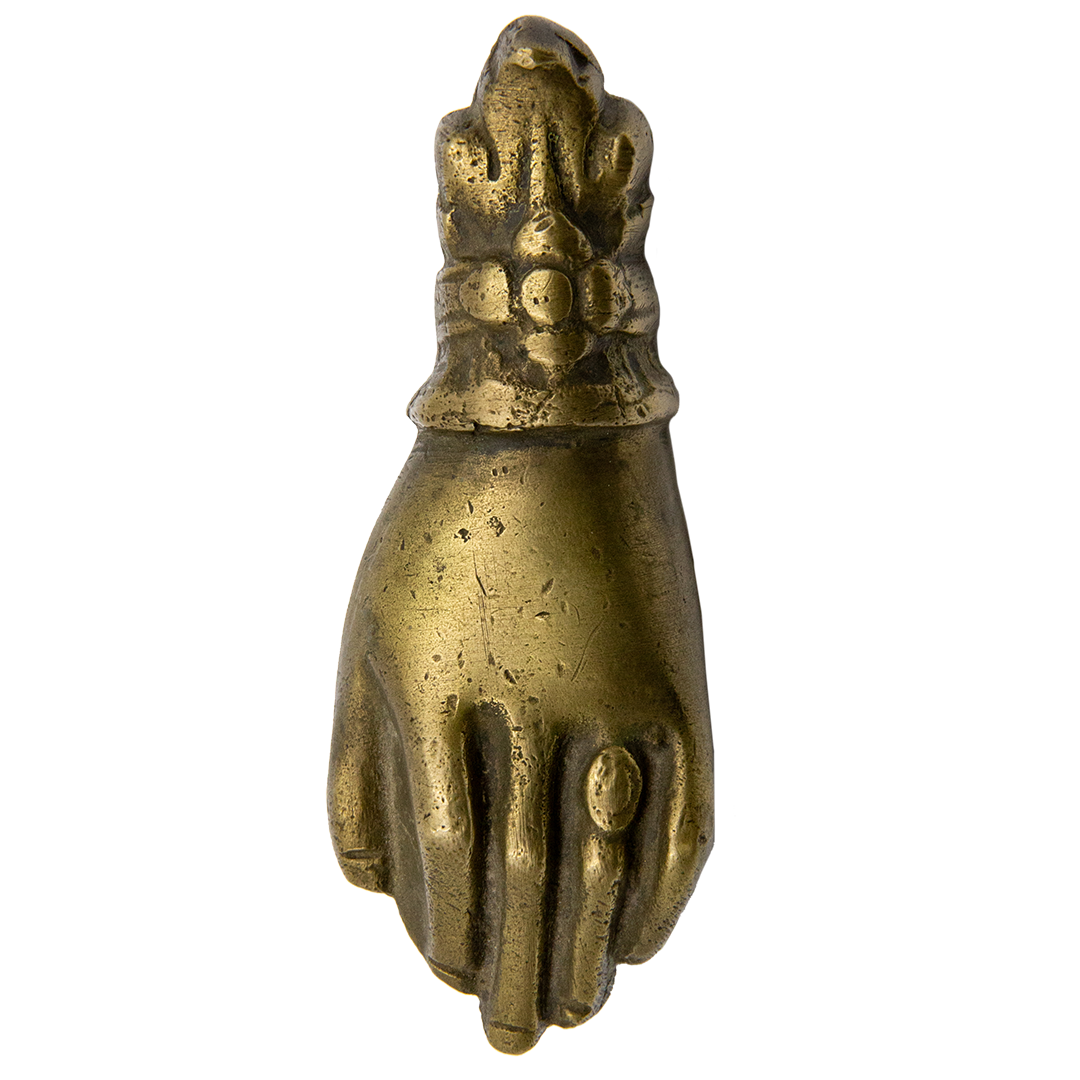 The Dadioti family belonged to the bourgeoisie of Kydonies (present day Ayvalik) in Asia Minor. In 1915, during the first persecution that the Greeks of Asia Minor were subjected to, the father of the family, Dimitris, was sent to the forced labor camps in Beli-keser, where he died of hardships a few months later. The mother, Anastasia, with the three children, Katina, Dimitra and Vaggelis, abandoned their home and moved temporarily to Istanbul. They came back from there in 1919 when the political circumstances seemed more favorable for the Greeks. The family left again, with the persecution of 1922, first for Lesvos and then for Athens. The door knocker of the house that was built in 1901 was bought in the mid-sixties by Katina Dadioti; she bought it from its Turkish-Cretan owner, the descendant of one Muslim man who came from Crete with the exchange of populations in 1924. Kefalas is the guard and generous lender of all these objects. He has documented the family’s history in the historical novel “Gliko Kidoni”.