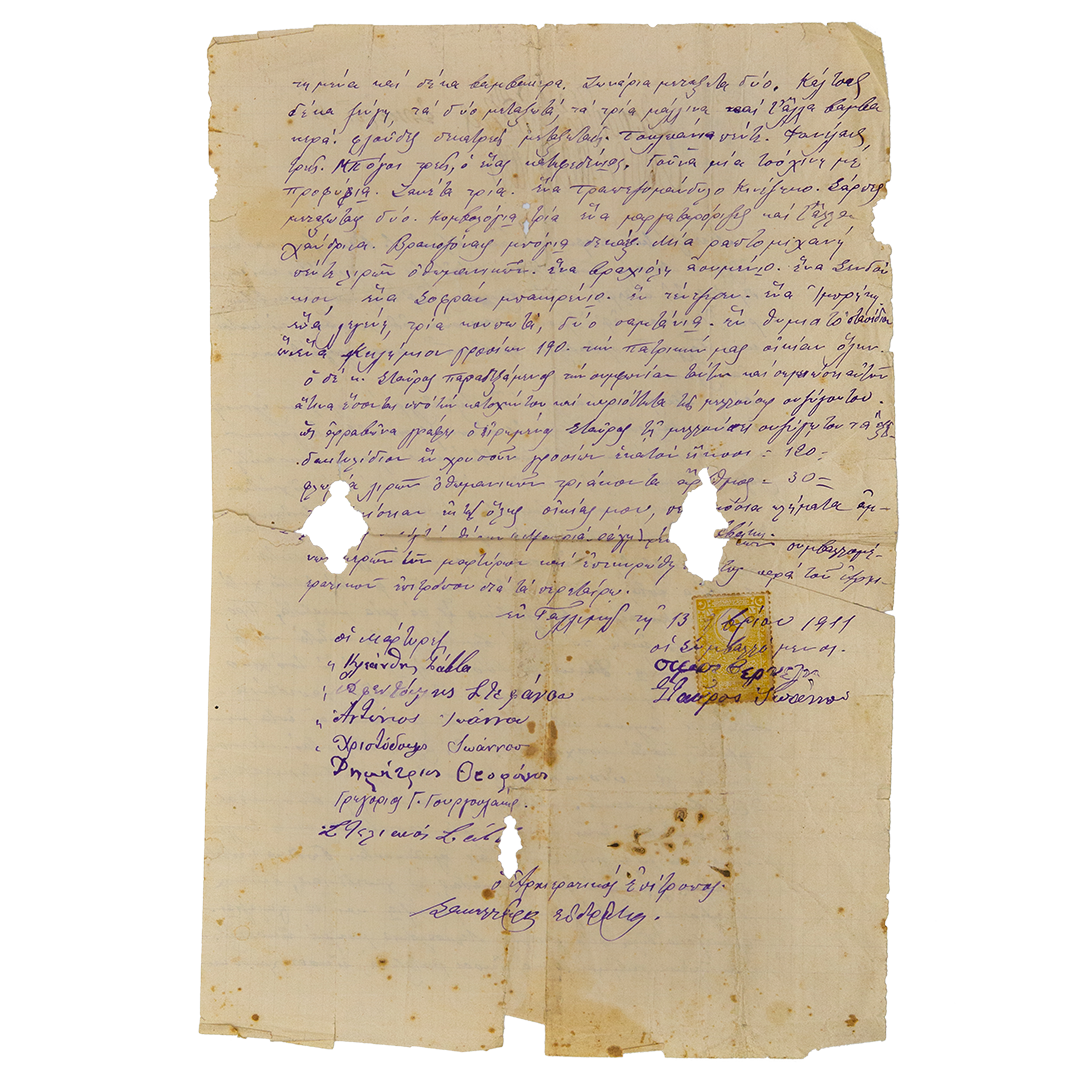 Dowry agreement of the grandmother of Mrs. Theofilidou – Dimitraki, Mrs. Kalliopi Christodoulou, an Ottoman citizen. It describes the movable and immovable property that she left behind in the village of Galimi where she was from, when she came as a refugee in 1922. In return, she was granted an acre estate in Eretria by the Greek state. The estate was eventually removed from her ownership. The reason was that she did not use the property immediately and she moved to Chalkida. The dowry agreement was transferred from Thessaloniki, where they initially traveled, to Eretria, Chalkida, Piraeus and finally to Neos Kosmos, possibly due to the expectation of a more just compensation by the Greek authorities. According to local residents’ testimonies, the relations between the Greeks and the Turks in the area were good. The Greek population was informed in advance about the events in other in advance on the events in other Asia Minor cities, and left before any escalation.