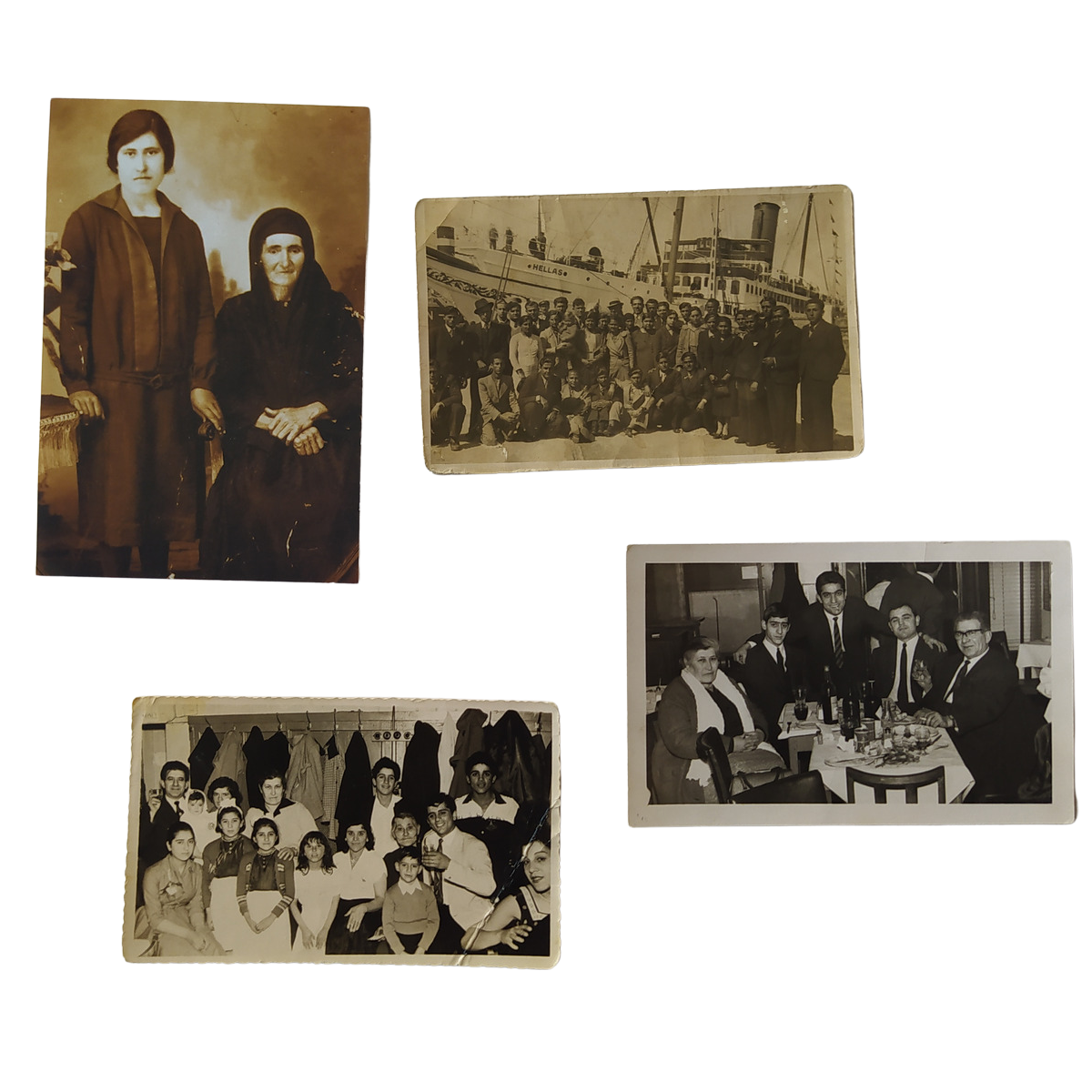 This collection of family photos recounts the migration story of Guiseppe’s grandmother from Cyprus to the UK, as well as the passing on from one generation to another.

The second photograph shows the moment when Guiseppe’s grandmother was to board the boat to the UK. Unfortunately, Giuseppe explains, he never asked why she decided to go to the UK. But what he knows is that, at the moment, there was no war in Cyprus, so he doesn’t know the exact reasons that made her move from Cyprus.

The third is a wedding photograph with his grandfather, grandmother and their family. The interesting part of this photo is that there is a woman that nobody knows who she is.  What Giuseppe reveals about this photo is that his grandmother and his grandfather were from the same village in Cyprus but they fell in love in the UK. They knew each other from the village but they couldn’t stand each other.

In the last photo we see his grandmother, his grandfather, his uncle and his father in a wedding again. This photo captures the day when his mother and father were formally introduced. His parents had at this point already been introduced to each other, however it shows that early on his father was part of the family and integrated very quickly.