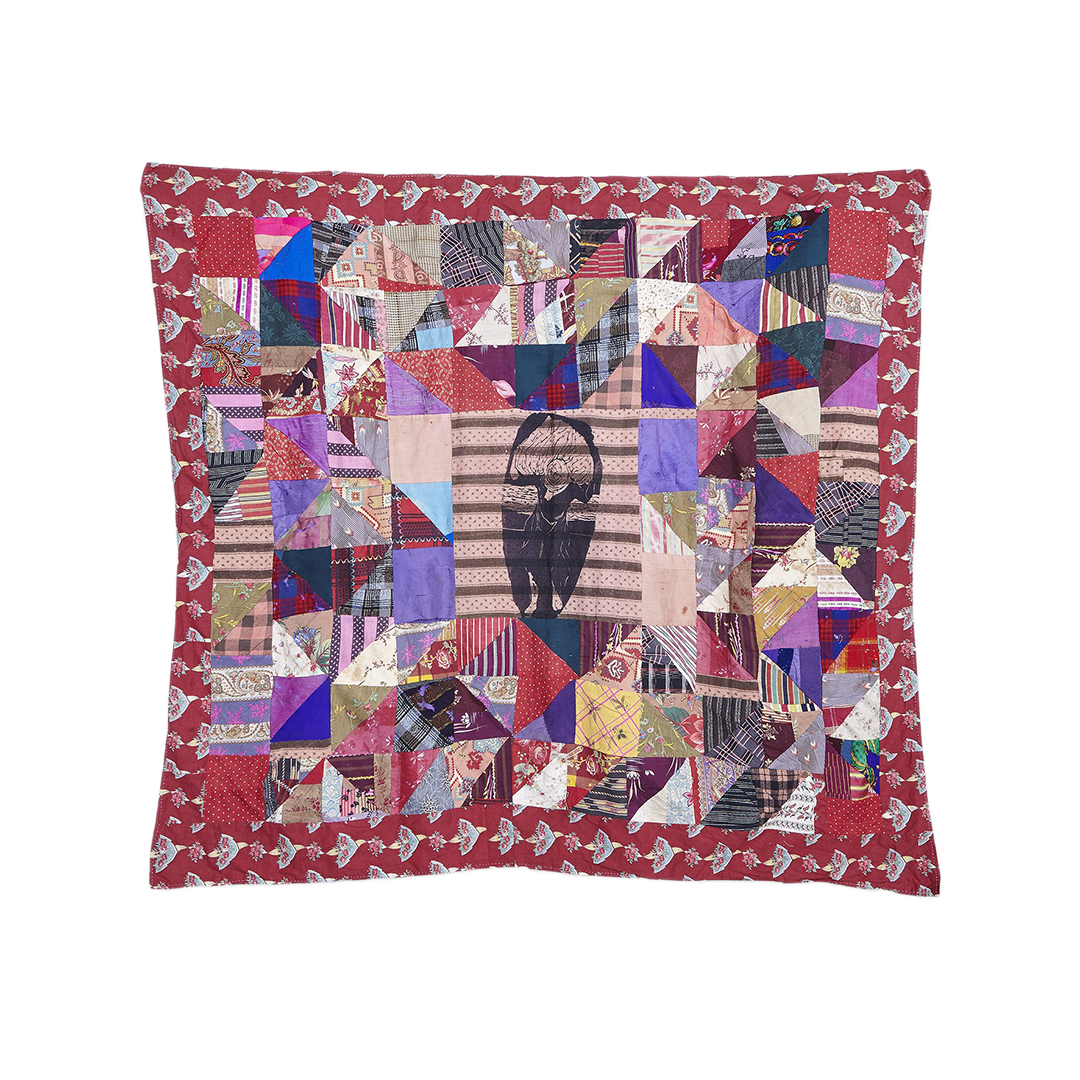 The handiwork of my grandmother, Varvara Ioannidou-Peniadoy from Zoguldak (Nea Heraclia) kept inside it, tightly guarded, the small refugee fortune of the family that had arrived from Istanbul to Thessaloniki in 1924. Stored deep in the basement of aunt Eleftheria’s house, the handiwork never saw daylight until my grandma, my aunt and Froso (my mother) died and the basement had to be emptied for rent. They did not manage to grasp again the thread of their microhistory, digging deep inside the painful memory. With reverence, I dedicate this to them and reconnect the thread of history that was cut. I carved a linoleum uterus based on a photo of my daughter Lianka Pandolfini from the theatre play “The Way Home” that she directed and acted in, in 2013 The play focused on the condition of being a refugee. I printed them in the centre of the fabric and in that way four generations of women carrying the same memory unite in a colourful handiwork.