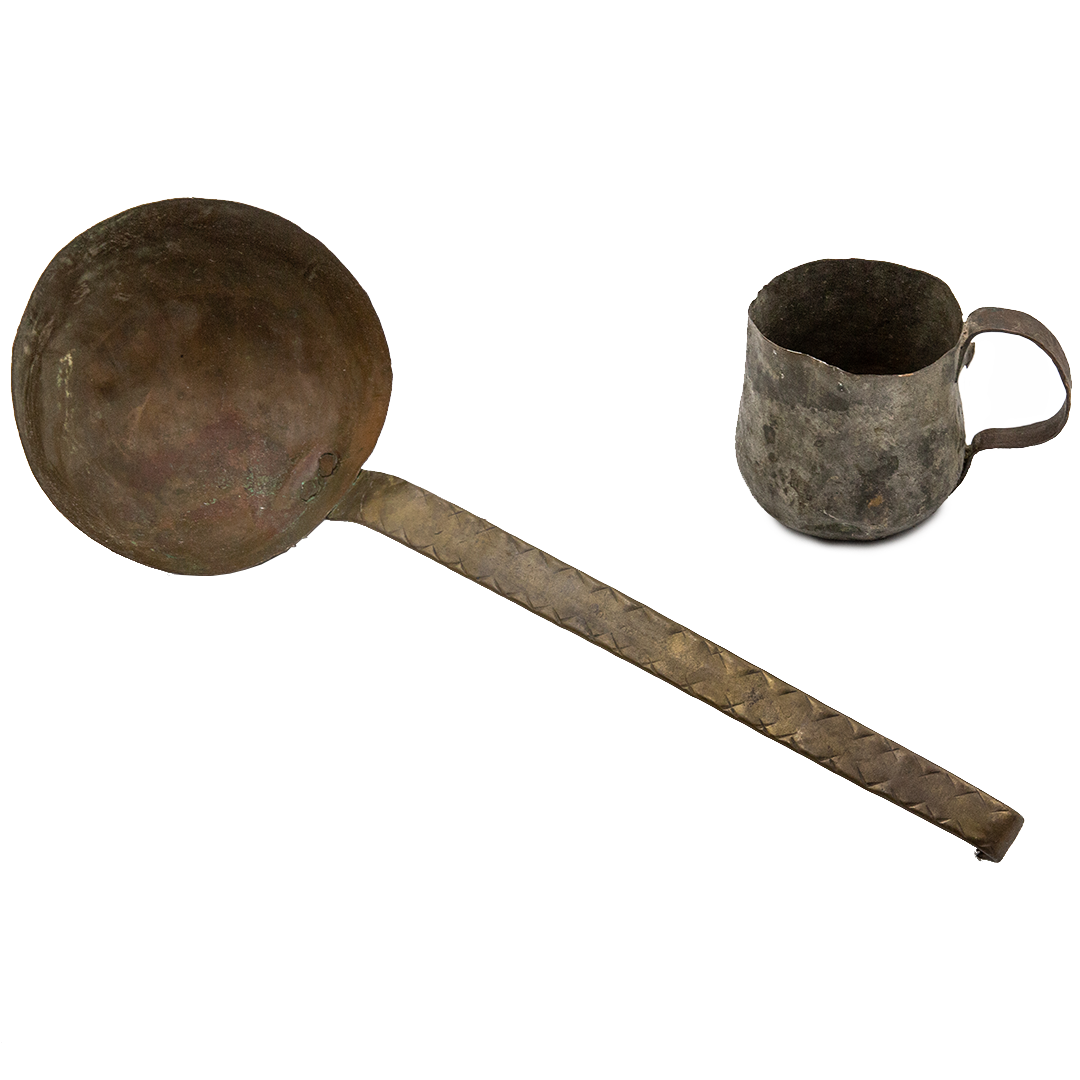 From the paternal side of the family, the grandfather didn’t want to leave his village, Gülbahçe. He indeed used to say “I was born here, I will die here”. The grandmother, however, said  “I am not staying here, Vassili, I will take the girls and leave”. Therefore, the men stayed behind, and when the Çete (armed gangs co-operating with the Turkish army) arrived the great catastrophe started. Her dad decided to go and leave the grandfather behind, since he insisted on staying. Thus, Mrs. Leontaridi’s father left in 1922 with many more people, and they reached Korakas (a mountain after Gülbahçe); they were approximately 100 people, who stayed there striving for survival, both children and adults, for more than 20 days. During these 20 days of the retreat, they were eating roots. For drinking water -which was the most important- they had invented a whistling shibboleth “ssss” to notify that it is time to drink water. They had a sheet iron pot, that one would fill up and then with the ladle and the koumari (cup) they all tried to drink, in order to survive. Once, when he was out filling the pot, her father was seen by a Turk, who chased him; her father, in order to escape, fell over a cliff. He survived the fall, with the following paradox: his heart moved to the right side, and since then his case was often presented to students of Medical university as a medical phenomenon.