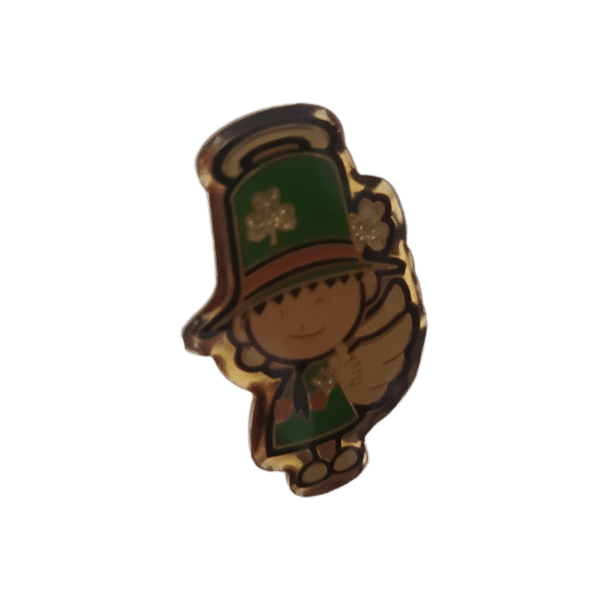 Becky’s husband, Azim, came to the UK as an asylum seeker from Afghanistan. When he faced the threat of deportation, they found it was possible to recognize Becky’s EU rights and go to Ireland to avoid it. They travelled by ferry to bypass passport checks. From there, they continued lobbying politicians and appealing to the Home Office to let Azim live in the UK. Becky bought the Leprechaun there in Dublin, at a point in her life when she was desperate for some kind of hope. At first, it was a joke but when she had it, she realized she would even believe in making wishes or praying, to help her husband’s visa situation, so he would be safe and they would be able to see her family in England at least. At the time, she told herself that she would do anything for her husband, even if it meant going away from home. She remembers looking at the sea and feeling so close to home but also feeling sad about not being able to go back. Her grandmother back in the UK died during that time and she couldn’t attend the funeral. She didn’t know when it would end – when she would be able to go back and start their life. At that time, it was just campaigning and filling out complicated forms, getting rejections, and hoping and praying and waiting for a positive result.  Becky mentions:

I kept the leprechaun as a reminder of that time when everything was uncertain, I was scared of Azim being taken by immigration officers and sent back to Afghanistan and I was holding on to hope.