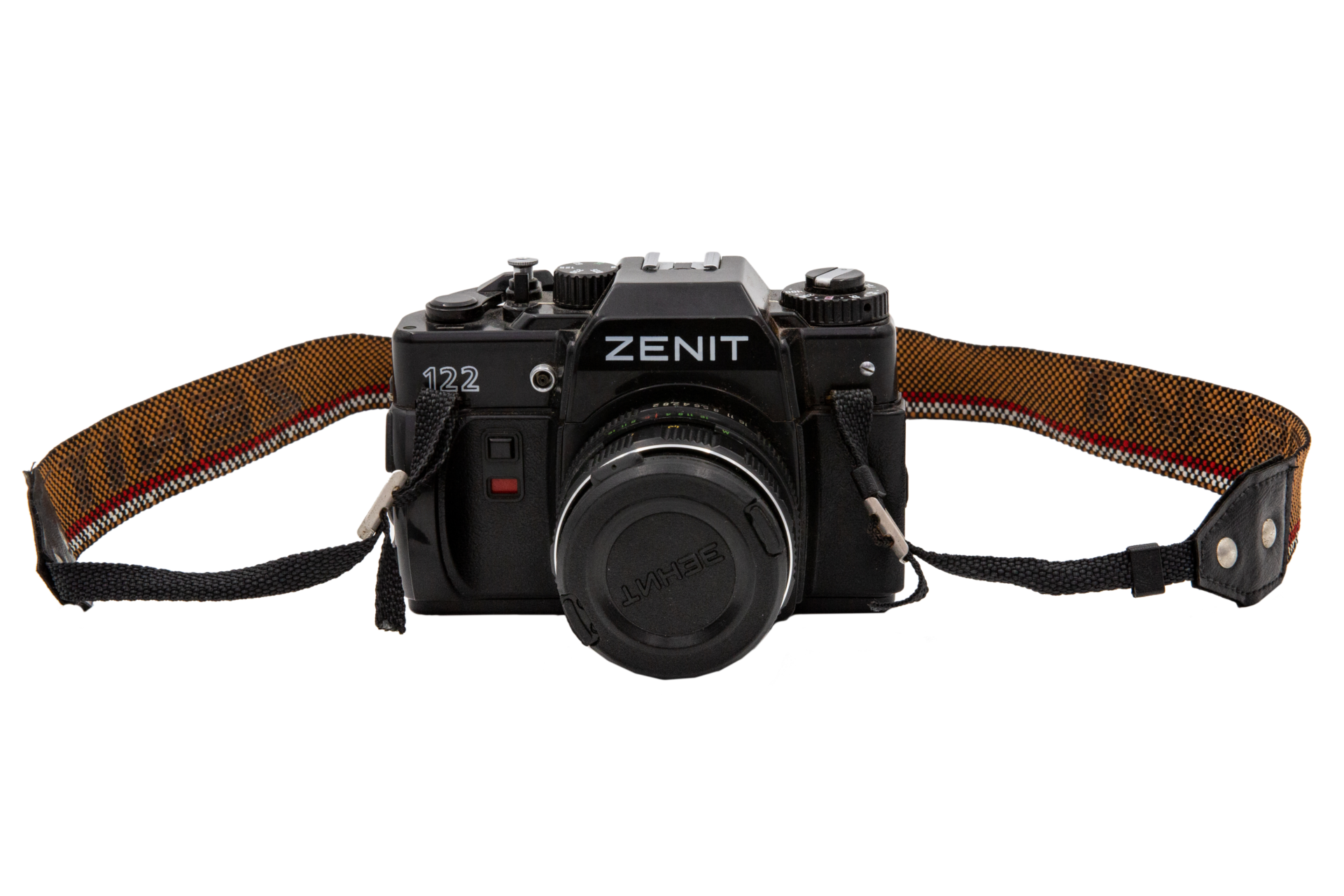 Taher bought this camera a bit before he started his journey from Iran to Europe. He went to Iran as a refugee from Afghanistan, when the Taliban came to power. He left alone, with very few belongings, among which was this camera. He was a passionate photographer and he wanted to document his journey. He reached Greece in 2001. Shortly after his arrival he received a red card – a temporary work permit – with which he could find a job go through medical examinations in order to get a proper residence permit, but the process was very slow. He received a residence permit in 2005. When he came to Iran to see his family, his wife Saldat refused to stay behind, so she came to Greece without papers.