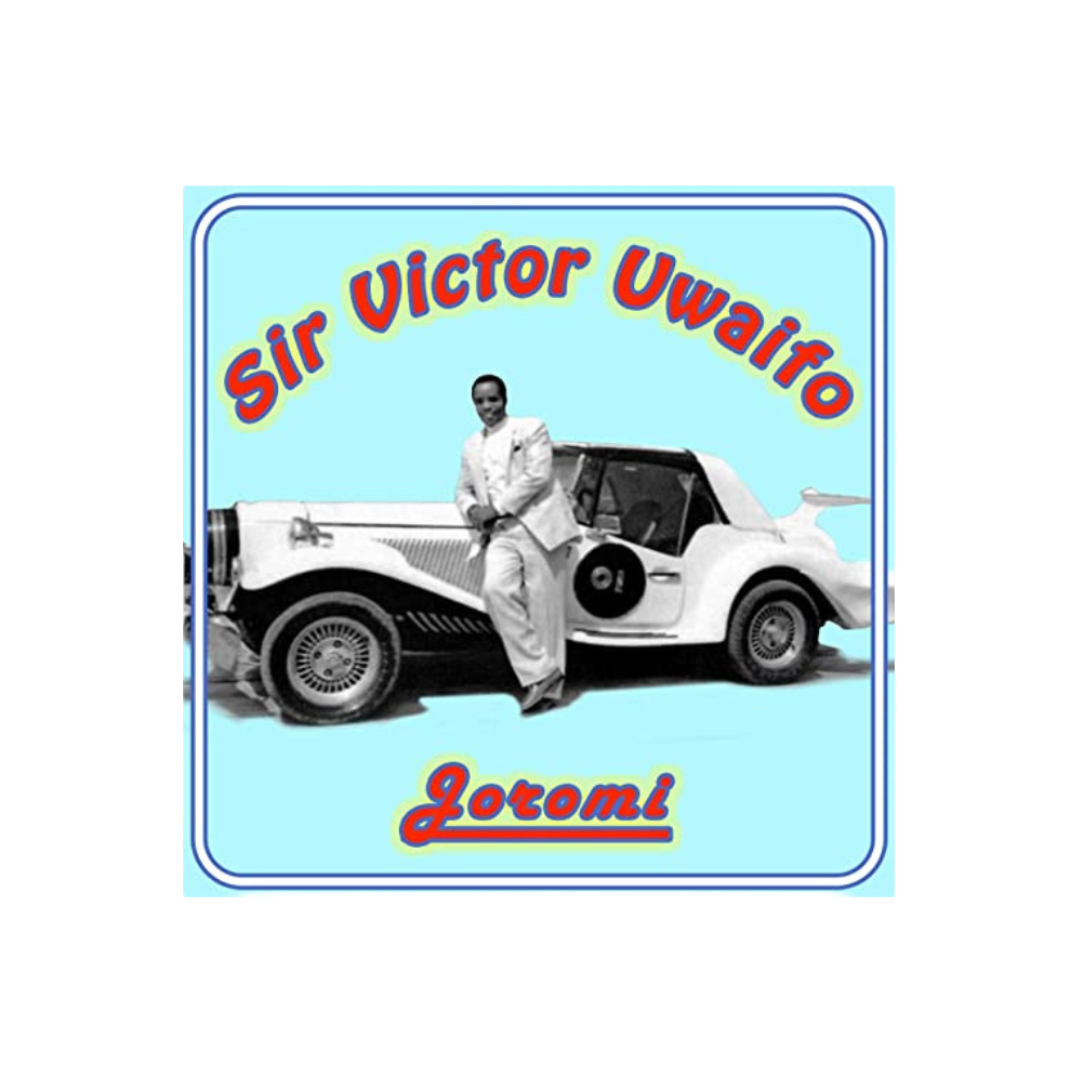 I’ve chosen a song called Joromi, by Sir Victor Uwaifo. Ηe is a Nigerian musician and I listened to this song in the 1960s in London, United Kingdom, where I was born. I was born to parents from Nigeria, in West Africa. They come from what is now called Edo State, which, back in the day, was the midwestern part of the country.

My family are from the Esan tribe and this music was played on Sundays, when we had a lot of visitors. My mother would cook food from Nigeria and there’d be a lot of music and dancing. The family was having fun and being happy. So this item takes me back to my childhood, especially in the summertime, to memories of my father dancing with us, all of us having fun and my mum cooking a lot of delicious home cooked food.

The song is sung in the Bini language, spoken by people in Edo State, Nigeria, and it reminds me of the first time I went to my dad’s village. The first time I went to Nigeria was in December 1970, after the Nigerian Civil War, when we returned back to Nigeria after my parents had spent 14 years in the UK. They had come to study during the colonial period, when Nigeria was a colony of Britain. And returning home meant I was able to go and visit my grandparents and meet my Nigerian cousins and it marked the transition of me leaving UK, where I was born, to go to West Africa for the first time, and live in a black-led country which was amazing, go to a school where I was not in the minority, where I was among people of the same ethnicity and colour as me.

When I got to the secondary school in Nigeria, I was told I was a foreigner, because I had an English accent. They couldn’t understand me when I spoke, initially, so that was very strange… I had to adapt to living in Nigeria and going to a different school system and that was an adventure and I think for me it was a sense of immense pride, living in a country where for the most part I was accepted as just being one of the people. In the 1960s I was one of the few black children in my school in the UK. Whilst in Nigeria I was amongst children from the same background and ethnicity as me and also I think what marked me out was my English accent and they knew I’d come from overseas, and people who’d come from overseas were given names like “you eat butter”, or we would call them “J. J. C.”, which is, if you are a girl, “Julie Just Come”, or “Johnny Just Come” if you were a boy. It was a term they used if you’d come from overseas.

So I think my song, Joromi, has a lot of memories, and actually I ended up meeting the musician, Sir Victor Uwaifo, later on when I was in Nigeria in the mid 2000s and I was in Benin City, which was capital of Edo State. It a great honour and he was an elderly gentleman then. So yeah, that’s Joromi. And when I hear the music I want to get up and dance, this is what magic it reflects, because it holds so many memories.