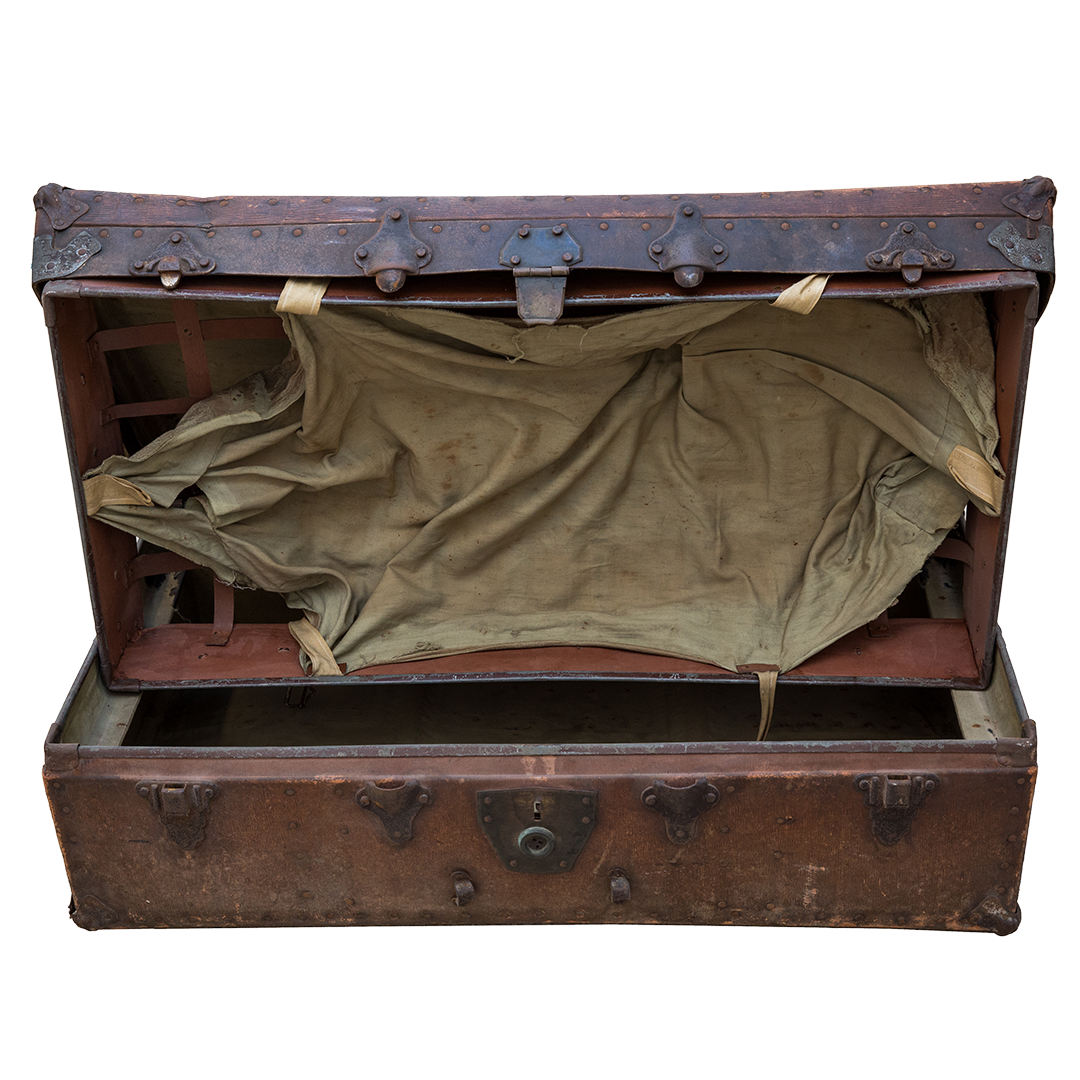 According to mr. Kyriakos Batsaras, president of the Greek Community of Assyrians, the route of the trunk starts from the village Tal, in Mosul, in present-day Iraq, in the early 1910s, when the persecutions by the Young Turks army begun. The Assyrian population moved to Russia through Iran by land. Russia granted asylum to Assyrian populations, mainly due to the common religion. After the start of the October Revolution, the Assyrian population decided to leave, due to fear of the effect the revolution would have on potential persecutions of christians. In 1922, they started with the boat from Novorosinski in Northern Russia, and they went down to Bosphorus in search of asylum. In the Narrows of Dardanelles, they asked for asylum in Turkey, that rejected them. They ended up in the quarantine station of Makronisos. From there, after being subjected to medical examinations, they are transferred to Agios Georgios -a small island between Perama and Salamina. From there, they are taken to Aegina, to Poros, to Pireaus, and to Kalamata, and from there to Larissa Station, then to Moschato and finally to Egaleo, where the largest part of the Assyrian population still lives today. Mr. Batsaras mentions:

In comparison with Greek refugees, the difficulties we were facing were enormous, doubled-up that the other refugees. Because you couldn’t speak, you didn’t have a point of reference.